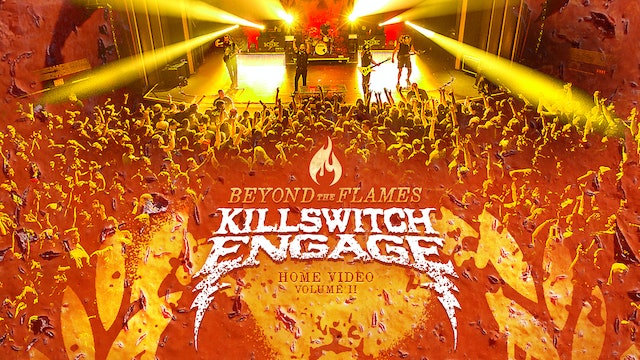 In 2012, after nearly a decade apart, original Killswitch Engage vocalist Jesse Leach reunited with the band he helped start back in 1999. The critically acclaimed, Grammy-nominated 2013 effort Disarm The Descent ensued. The band were once again back in the studio and back on the road where they belong, eventually leading to the release of their 2016 follow-up album Incarnate. This documentary is an honest, raw look at the unique personalities behind a band who have made a name for themselves by never giving up or giving in. This is the untold story of Killswitch Engage.

The set also includes:
- Alive, Raw and Reunited - 17 previously unreleased live performances from around the globe, including Leach's first show back in the band, Download Festival, Knotfest, Loud Park Japan, and some surprises along the way.
- Individual Band Member Profiles
- Latest Music Videos
- Bonus Material and Outtakes
- Bonus audio disc of six previously unreleased tracks from the band's now legendary 2014 "Monster Mosh" hometown show in Worcester, Massachusetts. The track listing for the live CD is below:
1. "No End In Sight"
2. Life To Lifeless"
3. "Always"
4. "In Due Time"
5. "My Curse"
6. "The End of Heartache"
- Full downloadable Beyond The Flames: Home Video Volume II artwork

Right-click this and copy the link address.

Watch on your Television

Watch on your Computer